Life in the 1960s for older lesbians and gay men before the Wolfenden Act was passed and homosexuality became legal. In partnership with Age UK, this 40 minute discussion raising show toured to Opening Doors older LGBT groups.

Set in 2008 and 2012, this 3-hander looks at relationships, work, love and what really matters as the insanity of the current work ethic threatens to strangle us all.

Music and sketches about the effects of mental health on families. This musical discussion raising 20 minute show was toured by participants through Islington. With the Mental Wellbeing Champions Project.

Class, gender and sexuality in England in 1951 and now. Jimmy and Albert meet across the class divide in 1951, lose touch, and meet up 60 years later in a residential home.

This play was commissioned by NHS Islington as a way of informing older people about the benefits of therapy rather than medication for depression. Made into a film by Loud Minority (DVD available).

Political pantomine written for Hotpots Senior performers and Green Candle Senior Dancers about the impossibility of life on a pension. With John Northeast. (Spare Tyre).

Touring show for age 9 – 11 on the secrets children have to keep about their families, particularly their same sex parents (Spare Tyre). 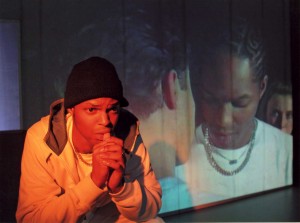 2014- Bring on the health economists: Time for a rigorous evaluation of senior participative arts- Working with Older People, Volume 18, No.1, 2014 (www.emeraldinsight.com/wwop.htm)

2013- When the singing becomes political- Sounding board, the journal of community music, Issue 4, 2013 (www.soundsense.org)