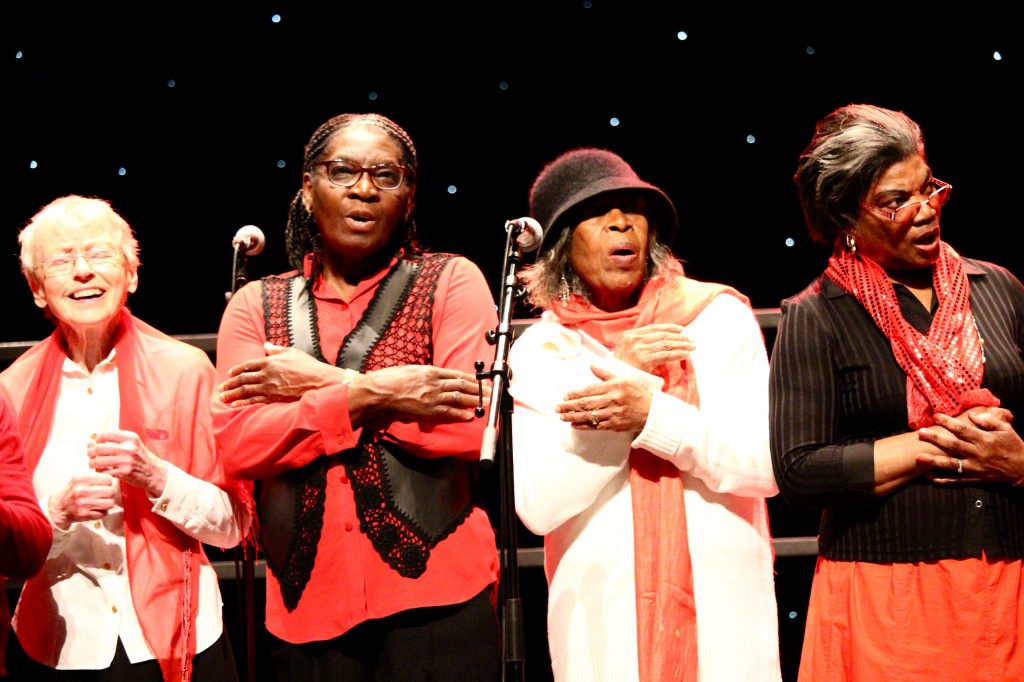 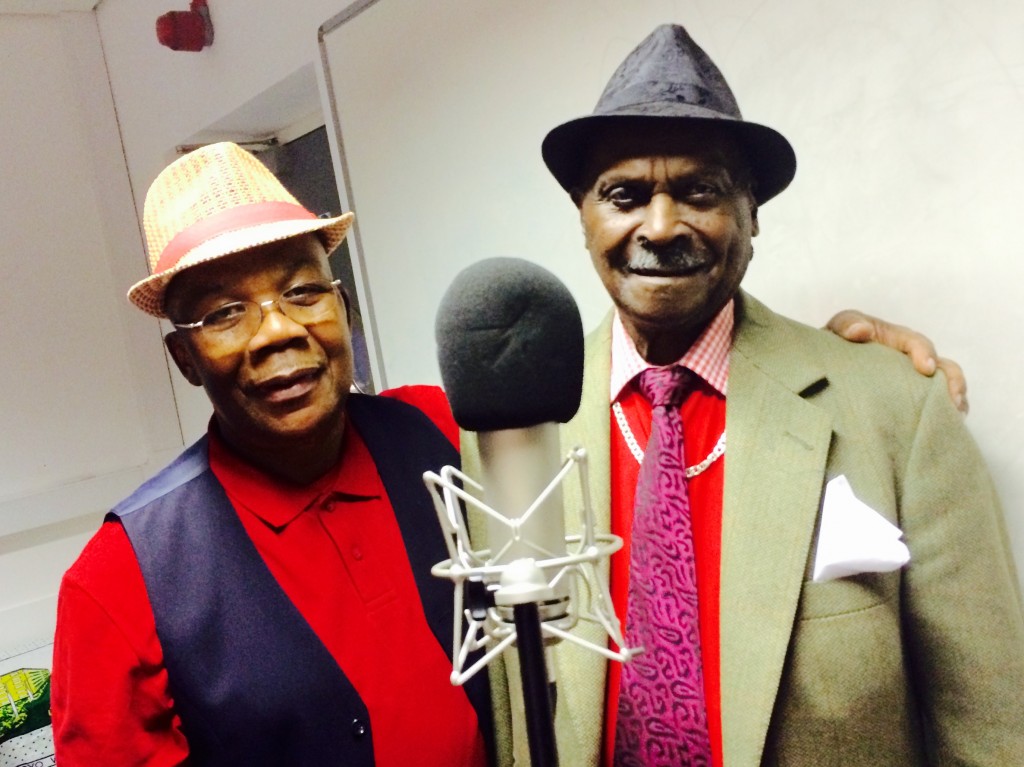 Last year’s YouTube, was called “Touch Me” (hot off the presses!) Be careful – it’s a weepie!

Bolder Voices started when AgeUK Camden’s Henderson Court and Elders Voice in Brent, joined up to make a YouTube: “The Bankers Are to Blame”. Most participants were not familiar with YouTube but their grandkids were excited by the number of “hits” they were getting: “Yo Gran! You are like well cool! You have like 3000 hits, man!”

Excited by our success, guitar player Laurie White from Henderson Court, filmmaker Bhavesh Hindocha and Clair started planning the second YouTube, a huge technological advance from the first which involved a day trip to Downing street with protest banners!

“Ain’t Gonna Close Our Centres Down!” is a positive stance on the importance of day centres for older people closing due to government cuts. Early fears that we might be arrested were allayed when we heard the guards in front of Downing Street singing along with us.

Our third YouTube with Bolder Voices Brent came out in October 2013. As with the other two, it is a sharp critique of society’s treatment of older people. The You Tube is called “Hey Mr Boris!” and we are trying to get the man himself, Mayor Boris Johnson, to watch it. No luck so far.